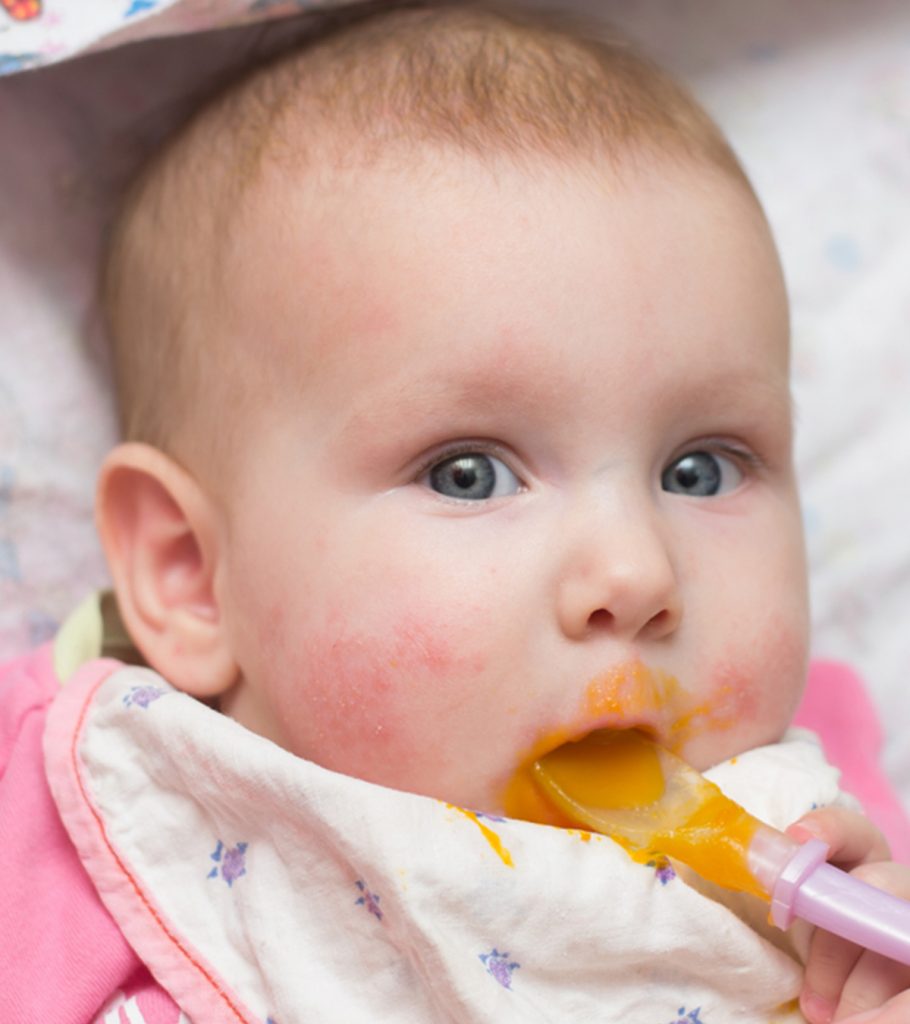 Extrusion reflex, also known as tongue thrust reflex, is one of the many newborn reflexes. In this reflex, an infant opens the mouth and extends the tongue when their lips are touched (1). The extrusion reflex serves a purpose and is a sign of an infant’s normal development.

The reflex fades away as the baby grows older, and its persistence beyond infancy may indicate an underlying orthodontic problem. This post tells you about extrusion reflex in babies, the time of its disappearance, and signs that indicate extrusion reflex could be a problem.

Why Do Babies Have Extrusion Reflex?

The newborn reflexes are spontaneous, involuntary actions that are a part of a baby’s normal development. Some of these reflexes occur during a specific developmental stage and then diminish as the baby grows. The presence of these reflexes helps determine if the baby’s brain and nervous system are working fine.

The extrusion reflex is one of the newborn reflexes. It causes a baby to extend out their tongue in response to their lips being touched. It does not interfere with the baby’s ability to latch onto a breast or bottle nipple but prevents them from feeding from a cup or a spoon. Along with the gag reflex, it lets the baby expel any solid food if they are not ready for it (2). Thus, the extrusion reflex protects the baby from choking or aspiration due to solid foods and other foreign objects.

When Does Extrusion Reflex Develop?

The extrusion reflex is present at birth, indicating that the baby develops it during fetal life. It is not precisely known when the fetus develops this reflex. It may develop between 32 and 36 weeks of gestation when other newborn reflexes, such as the sucking reflex, also develop (3)
.

When Does Extrusion Reflex Disappear?

The extrusion reflex disappears between the ages of four and six months (4). It is the age range when babies are ready for solids and can sit without support (5). Since the baby is ready to transition to solid food, the extrusion reflex is no longer needed.

There are other signs that accompany the fading extrusion reflex and indicate the baby’s readiness for solids. According to the Centers for Disease Control and Prevention (CDC) and the American Academy of Pediatrics (AAP), an infant is ready to transition to solids when they display the following attributes (6) (7).

If you are unsure if the baby still has their extrusion reflex, you may test to check its presence.

How To Test If Baby’s Extrusion Reflex Persists?

Babies older than six months seldom have tongue thrust, and parents can begin offering them solids. However, some babies may continue to have extrusion reflex despite being ready for solids. You may have to see a healthcare provider in such cases.

When To See A Doctor?

Consult a pediatrician if your baby has extrusion reflux beyond the age of six months. A baby with persistent extrusion reflex may also display the following signs (8).

Persistent tongue thrusting in babies could indicate an orofacial myofunctional disorder, which may lead to orthodontic problems, such as misaligned permanent teeth, later in life (9). It may also affect the baby’s speech development.

A pediatrician or an orthodontic specialist will suggest the appropriate treatment plan to treat the underlying problem, such as orofacial muscular problems, and cure extrusion reflex.

What Other Reflexes Do Babies Have?

The following are other new born reflexes that are present at birth or develop later after birth (1) (3) (10).

Extrusion reflex is one of the essential newborn reflexes, and it prevents aspiration or choking in babies. This reflex gradually fades by the time the baby is ready for solids, which is around the age of six months. If the reflex persists beyond six months, speak to a doctor for evaluation and treatment.

Special interests can potentially benefit individuals with autism
When Do Babies Start dreaming And What Do They Dream About?
35 Easy MAGIC Tricks Anyone Can Do
Researchers document frequency and severity of child injuries caused by microwaves
20 Fun Potty Training Games For Toddlers To Play