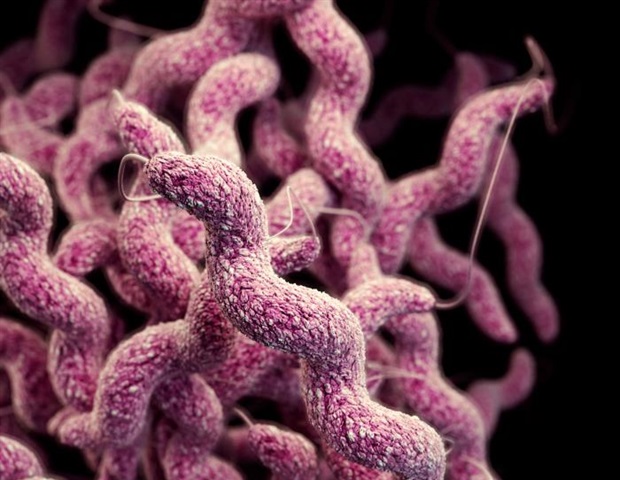 Gastrointestinal infection with Campylobacter plays a major role in the stunting of children in urban Bangladesh, say the authors of a new study.

The bacteria Campylobacter, which people get from contaminated food and drinks, can lead to severe diarrhoea. Infections of Campylobacter in children under the age of two years are especially frequent in developing countries. According to a WHO factsheet, Campylobacter diarrhoea‘s duration and possible complications makes it highly important from a socio-economic perspective.

Stunting may result in neurodevelopmental delays and metabolic disorders later in life. It is a major global health challenge particularly in SouthAsia where 35 per cent of all children are stunted. Worldwide, approximately 144 million children are stunted, according to the UN Children’s Fund.

The study, published May in PLOS Neglected Tropical Diseases, examined the linear growth of 265 children from 0 to 24 months of age, factoring in Campylobacter infection and household conditions that may have affected their growth. In the population studied, 70 per cent of children under two years of age had Campylobacter infection.

“This is very important given the negative effect of enteric infection. Also, given the high global prevalence, this is a very important public health challenge to address. Although environmental factors resulting in Campylobacter infection may differ in different regions, studies say that the stunting effect is similar,” says Sanchez.

The researchers also found treating drinking water and increased antibiotic use reduced Campylobacter infection and therefore indirectly had a positive effect on growth. “But rather than suggest that children take antibiotics as a way to improve growth,” she cautions, “we see this as another example of infection, particularly Campylobacter infection, having an effect on linear growth.”

Tim Julian, group leader of Pathogens and Human Health at the Swiss Federal Institute of Aquatic Science and Technology, tells SciDev.Net that Sanchez and her co-researchers “affirm a relationship between Campylobacter infections and child growth and identify a narrow presumptive age range (12—18 months) most impacted by Campylobacter spp. infections.

They also identify key relationships between infections and potential beneficial interventions, including antibiotic use and drinking water treatment”.

An integrated assessment of the findings highlights the potential for targeted interventions to provide the largest gains in child health, specifically, safe drinking water treatment within a six-month window of highest susceptibility, he says.

Julian says that it is equally important that the researchers had repeated their study method on other important enteric pathogens, E. coli and Giardia lamblia, to find “no significant associations between asymptomatic carriage of these enteric pathogens and linear growth”.

This, he said, was additional evidence that reducing Campylobacter transmission was key to improving child health and well-being.

Julian stresses that the additional evidence of the importance of Campylobacter relative to other enteric pathogens on linear child growth helps focus efforts on reducing transmission so that child health and well-being can be improved.

Stunting is a complex problem related to conditions of poverty, particularly in low- and middle-income countries, concludes Sanchez. “This includes inadequate nutrition and poor environmental conditions that may result in infectious disease, which negatively affects lineargrowth.”

11 MAGICAL MACRAME AND KNOTTING IDEAS
New study supports a causal relation of SARS-CoV-2 with COVID toes
Among those disrupted by COVID-19: The nation’s newest doctors
Infant sleep problems can be linked to mental disorders in adolescence
“Sorry, she thinks she’s a cat”— why some kids are obsessed with role play