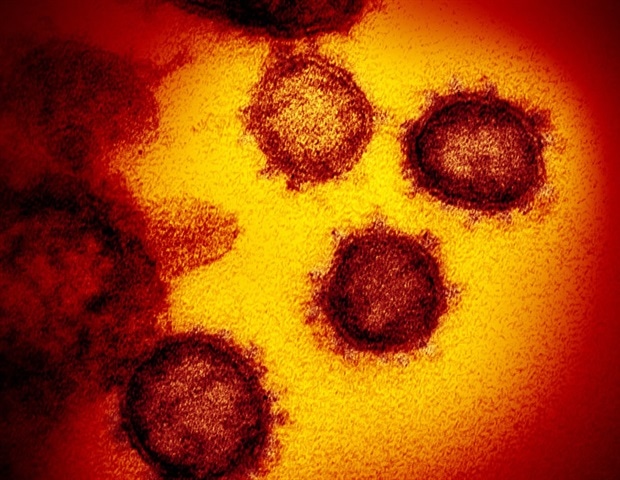 A group of researchers led by Pinar Mesci from the University of California San Diego, School of Medicine, Department of Pediatrics, Rady Children’s Hospital, San Diego, Department of Cellular & Molecular Medicine, have studied the effects of an antiviral drug Sofosbuvir on human brain organoids infected with the severe acute respiratory syndrome coronavirus 2 (SARS-CoV-2).

This virus causes COVID-19 disease, which has infected over 6.37 million people across the world and killed over 380,000 individuals. There are no known vaccines that can prevent SARS-CoV-2 infection nor known drugs that can be used effectively to treat COVID-19 disease.

Their study titled, “Sofosbuvir protects human brain organoids against SARS-CoV-2,” is published on the preprint server bioRxiv* prior to the peer-review process. 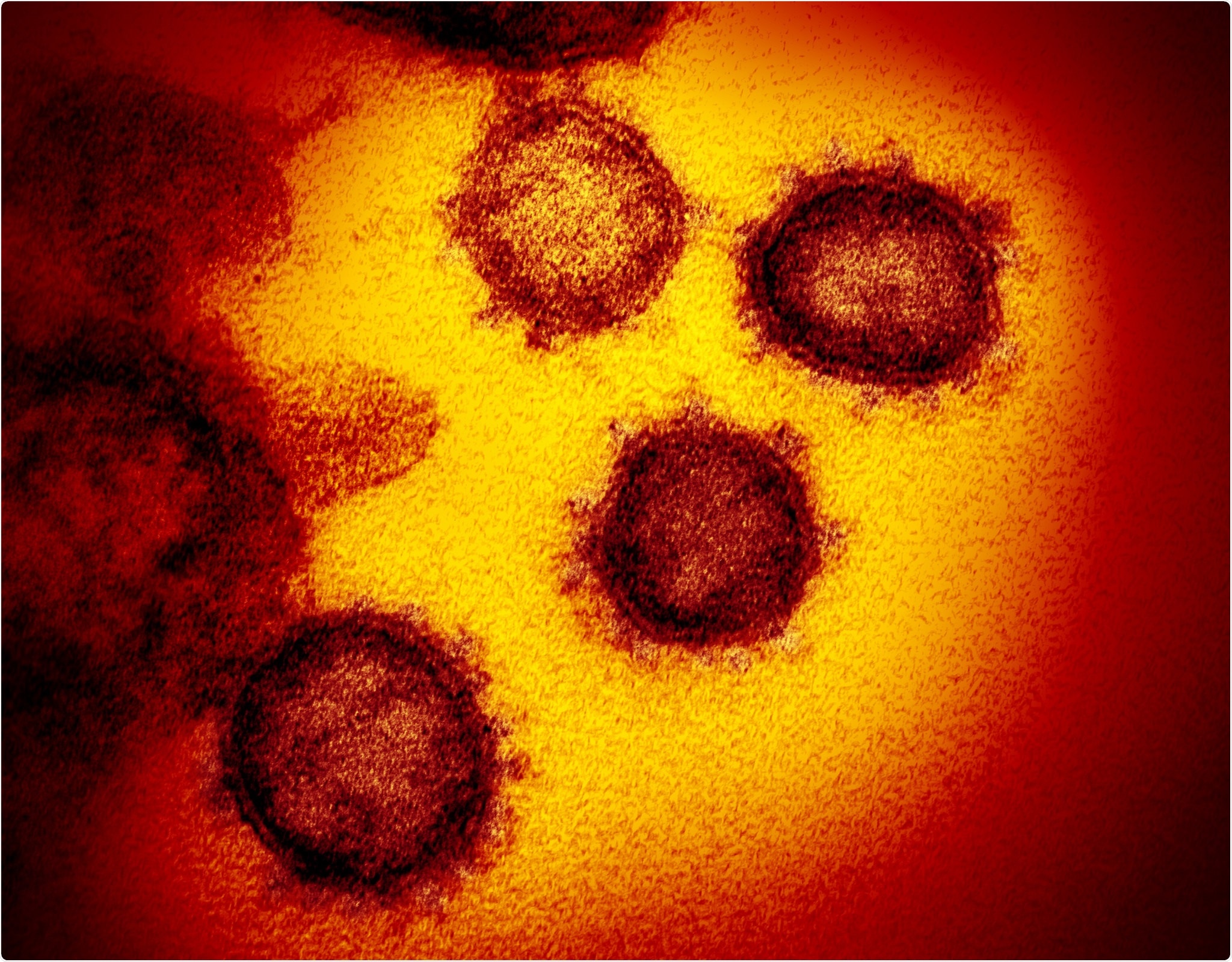 Novel Coronavirus SARS-CoV-2 This transmission electron microscope image shows SARS-CoV-2—also known as 2019-nCoV, the virus that causes COVID-19. isolated from a patient in the U.S., emerging from the surface of cells cultured in the lab.Image captured and colorized at NIAID’s Rocky Mountain Laboratories (RML) in Hamilton, Montana. Credit: NIAID

What was this study about?

The typical presentation of COVID-19 includes respiratory illness, but among adults, as well as newborns, symptoms related to neurological infection are also seen in some cases. The researchers wrote that some of the neurological manifestations of the infection were “stroke, hallucinations, epilepsy, encephalopathy, anosmia (loss of smell) or ageusia (loss of taste).”

This study aimed to see if the SARS CoV-2 could target the human brain organoids. These are essentially clumps of cells on a petri dish in a lab that mimics the human brain. These cells have been created using stem cells or pluripotent cells called iPSC cells. These stem cells were coaxed to turn into human brain cells so that the experiments could be performed on them.

For this study, the human brain organoids were infected with the SARS-CoV-2 virus in the lab, and the effects of the virus on these cells was noted. Sofosbuvir is an FDA approved drug used to treat chronic Hepatitis C, an infectious liver disease caused by infection with the Hepatitis C Virus (HCV).

The team wrote that for this study, they created “eight-week-old human brain cortical organoids.” The stem cells were obtained from healthy donors. These organoids contained “neural precursor cells (Nestin+, NPC), cortical neurons (MAP2+), and astrocytes (GFAP+),” they wrote. The SARS-CoV-2 virus is known to gain access into cells using the ACE2 receptors. The researchers noted that the organoids that they were using expressed these ACE2 receptors as well. These receptors were found in the neurons, astrocytes, but not microglia they wrote.

As a next step, they infected the organoids with the SARS-CoV-2 virus that had been isolated from a patient in Washington State. After infection, the brain cortex organoids were checked using immune-labeling after one week. They also looked at the type of cells that were most likely to be infected with the SARS-CoV-2.

The next experiment was to see if Sofosbuvir could effectively block the SARS-CoV-2 infection and the neurotoxicity caused by the virus. Sofosbuvir is produced by Sovaldi, Gilead Sciences, and has the approval of the Food and Drugs Administration (FDA) for use in hepatitis C infection. The researchers wrote that the drug “blocks HCV replication by inhibiting its RNA-dependent RNA polymerase (RdRp)” and the drug has been known to prevent the multiplication of other single-stranded positive-sense RNA viruses such as coronaviruses. In this study, they determined the dose of Sofosbuvir that could effectively stop the multiplication of the virus in the brain organoids.

Results showed that the SARS-CoV-2 was capable of infecting the brain organoids and kill the neural cells. The virus killed the cortical neurons, wrote the researchers. The virus also impaired the creation of new synapses or synaptogenesis, they wrote. Cell death was thirtyfold higher in the neural precursor cells, the study found. The astrocytes had a four-fold higher rate of death due to the virus, but no accumulation of the virus was noted. The risk of cell death was seven-fold higher among the cortical cells, they found.

When using the drug Sofosbuvir, they found that in the synapses or neural connections, this drug could restore vGLUT1 protein expression. This could reverse the damage caused by the virus. The team, however, warned, “The immediate and long-term lasting neurological and neuropsychiatric sequelae of COVID-19 is currently surfacing. It might take several years to document the survivor’s cognitive and mental health burden of recovered COVID-19 cases.” Thus the long term effects of the infection are still to be determined.

One of the significant findings include the extent of damage caused to the brain by the virus and the potential for damage to the newborn brain when the pregnant mother is infected, wrote the researchers. Sofosbuvir could help prevent the neurological manifestations of the infection, they wrote. The team says, “Sofosbuvir is also an option to block vertical transmission from SARS-CoV-2-infected pregnant women for whom prevention is no longer an option.”

The researchers said, “Given that there are currently no vaccine or antiviral treatments available, urgent therapies are needed. Our findings put Sofosbuvir forward as a potential treatment to alleviate COVID-19-related neurological symptoms.”

They call for further clinical trials to corroborate their findings and establish the safety and efficacy of the Sofosbuvir in preventing and controlling the neurological manifestations of COVID-19.

medRxiv publishes preliminary scientific reports that are not peer-reviewed and, therefore, should not be regarded as conclusive, guide clinical practice/health-related behavior, or treated as established information.

THE WET TEST : Did Mom Pass?!?
Does your kid still wake up in the night? This could be why
Study links prenatal cannabis use with risk of sleep problems in children
RECYCLING CD DISC & COLOR PAPER CRAFTING | WOOLEN CRAFT | WASTE CD DISC REUSE IDEA
Baby Choking On Breastmilk: Why Does It Happen And What To Do