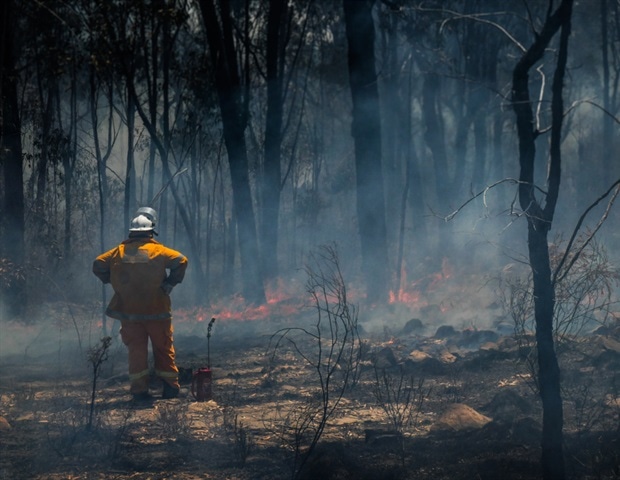 A viewpoint published in the journal JAMA Internal Medicine February 28, 2020, discusses the lessons learned from the recent Australian bushfires in regards to climate change and public health.

Scientists agree that climate change is the reason for the dry and hot conditions that brought about the horrifying bushfires in Australia over the end of 2019 and the beginning of 2020. Not only did drought stalk the continent, but temperatures soared to make  2019 the hottest and driest year ever for Australians. 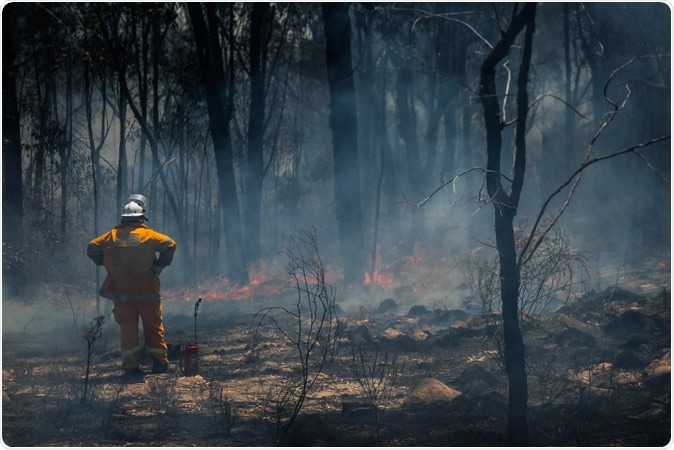 Furthermore, warn researchers, the “Black Summer” is not likely to be a unique phenomenon. Already, parts of southern Europe, California, southeast Asia, and the Amazon rainforest belt have all been preyed upon by uncontrolled wildfires. The take-home message is that we need better preparation to prevent and control such fires.

Any outbreak of wildfire provokes immediate attempts to evacuate people from the affected area. However, though necessary to save the lives of people, evacuation has a lot of long-term emotional and health-related sequelae, particularly for older people and those who do not have much money to spare.

Apart from the threat of fire, the intense smoke haze blanketing much of Sydney, Melbourne, and Canberra, forcing millions to breathe in the smoke and other forms of airborne pollution. In fact, these cities which could pride themselves on a clean atmosphere are now experiencing pollution on the scale of Shanghai or New Delhi, and people exposed to the smoke are as severely affected as tobacco smokers. 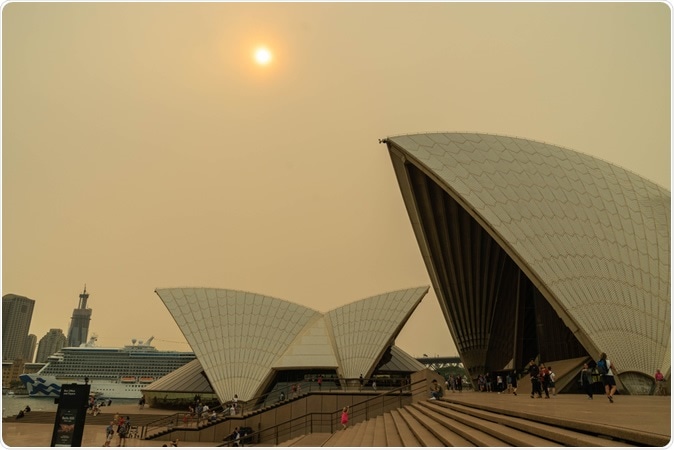 The sky and the sun over the Opera House were covered by heavy red smoke from bushfire, Australia 7-12-2019/ Image Credit: Natsicha Wetchasart / Shutterstock

There is abundant evidence that bushfire smoke is rich in fine particulate matter (PM2.5), where the particles are 2.5 microns or less in diameter. These are important because they go deep into the lung airways with each breath, may migrate into the blood and can result in activation of the inflammatory response. Lung conditions such as asthma and chronic obstructive pulmonary disease become worse in this type of smoke haze, as does heart disease and cardiac arrest. Young children are often affected the most, as shown during similar events in California.

Pregnant women breathing in this mixture can have low birth weight babies, with its associated increased risk of health conditions. Each increase in PM2.5 between the lowest and the next quartile, for instance, pushes down the birth weight as has been proved in extensive studies elsewhere. Impaired glucose tolerance in pregnancy is another fallout with gestational diabetes.

Smoke-related damage is most likely in pregnant women, young children, older people and those with chronic disease, as well as those who work outside or near fires much of the time.

Smoke from bushfires is significantly different from that generated by city traffic, which is the chief component of urban air pollution. Other significant components include power generation and heavy industrial processes. Common features include the presence of irritant nitrogen oxides and carcinogenic polycyclic aromatic hydrocarbons. Heavy metals are typically absent from bushfire smoke, but the damage due to urban vs. bushfire smoke has not been compared directly.

One way to reduce the scope of the damage is to reduce the amount of matter that is available to burn, such as burning off specified areas periodically. This is also, however, associated with smoke exposure, and can be done only at certain times of the year and with certain types of plants, with the right weather conditions. This window of opportunity has markedly shortened with climate change.

Firebreaks, access roads, and the supply of adequate water lines to fight the fire are essential measures. Early warning systems must be put in place and an adequate number of firefighters available, with the right tools and equipment.

Most experts recommend staying inside during a bushfire, using air filters or airconditioning to keep smoke particles out, wearing the right kind of N95 or P2 masks, or shifting to cleaner areas for the nonce. Chronic health conditions should continue to be managed appropriately with current consultations and prescriptions.

The fact is that this advice is suitable for short exposures, but not when smoke levels are found to remain high for weeks. In such situations, the advice may be counterproductive. For instance, staying inactive indoors for months could merely hasten the onset of heart disease. Masks do not always fit properly, or may merely give the wearer a false sense of complacency. Filters, good masks, and airconditioning are out of the question for poorer sections of society.

Thus, more study is required to understand how and why air pollution occurs with bushfires. However, given the propensity of a bushfire to alter its initial trajectory and roar into another populated area, it is vital to keep tabs on the fire throughout its course. A properly airconditioned room at home or outside could help avoid the worst of the smoke. Care should be taken to help the elderly and sick people to reach safety in time.

Australia has woken up to the need to counter the effects of climate change. The country has been adversely affected by its vast tracts of flammable material, the older design of many Australian houses, which means poor insulation and inability to seal them away from smoke.

Rather than providing unrealistic advice, an on-the-ground evaluation is needed to understand the fire’s effects on pollution, on health, how to protect oneself, and the limitations of such approaches. Climate change mitigation is still a political tug-of-war in the country, as politicians disagree on whether or not Australia should be part of the international efforts and treaties designed to reduce carbon emissions.

The wise thing is to combine such measures with adequate personal protection and preventive methods. Besides promoting health, this can help reduce climate change and in the long run, reduce the number and severity of bushfires over the long-range, and thus prevent air pollution over the short and medium range.